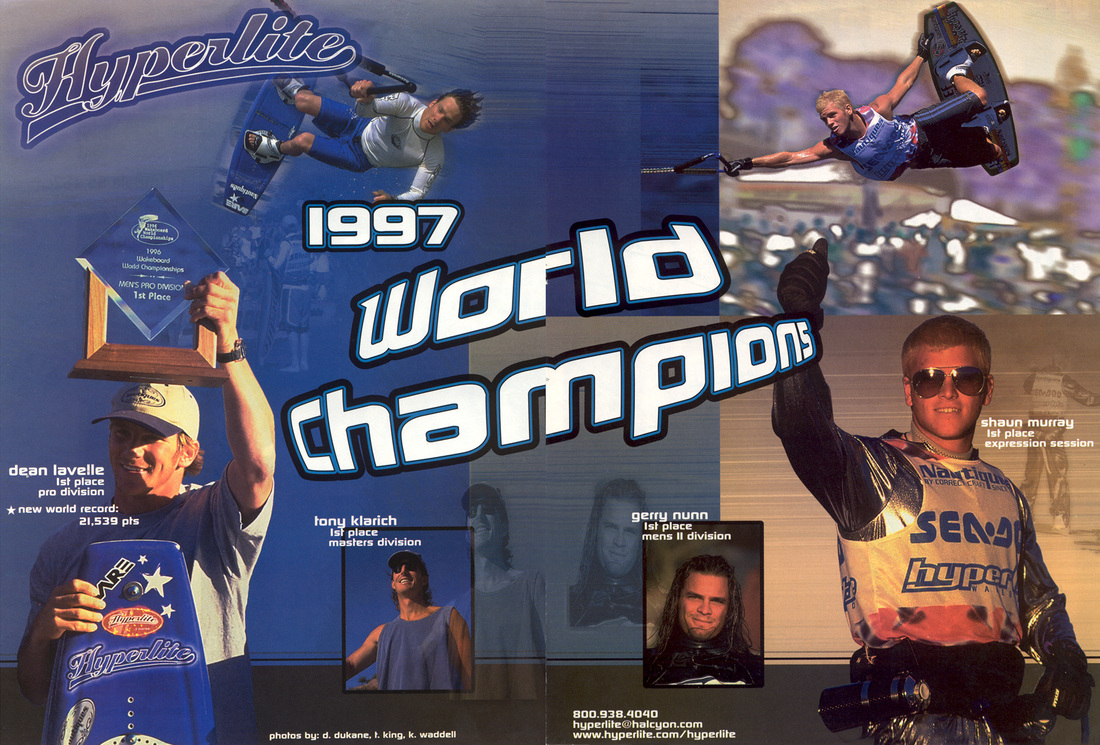 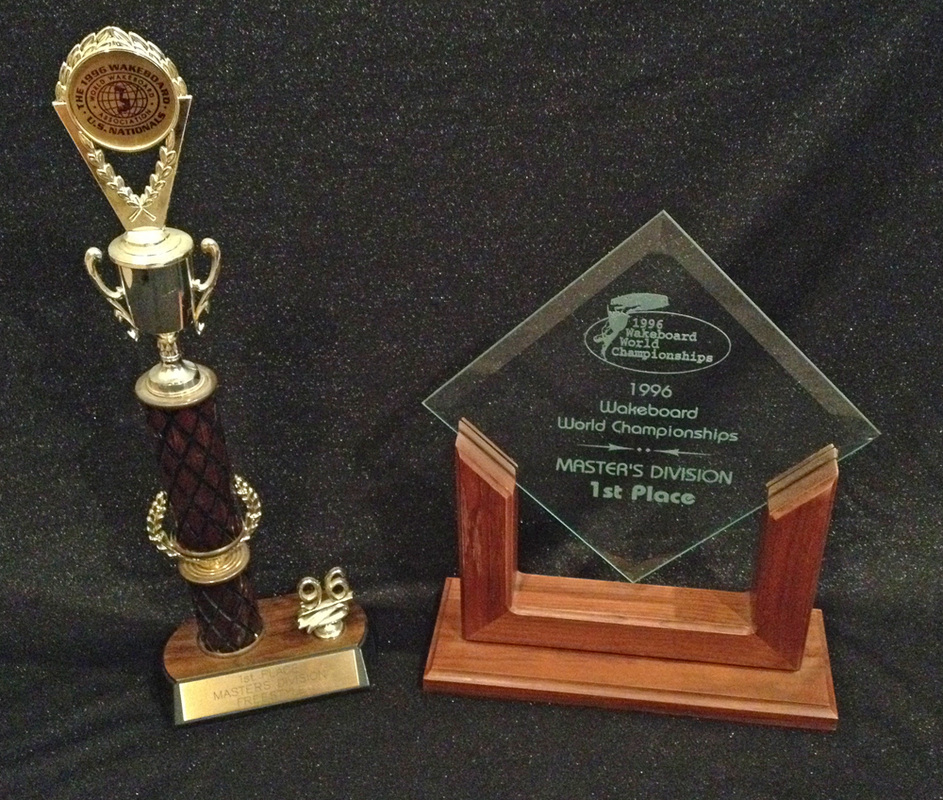 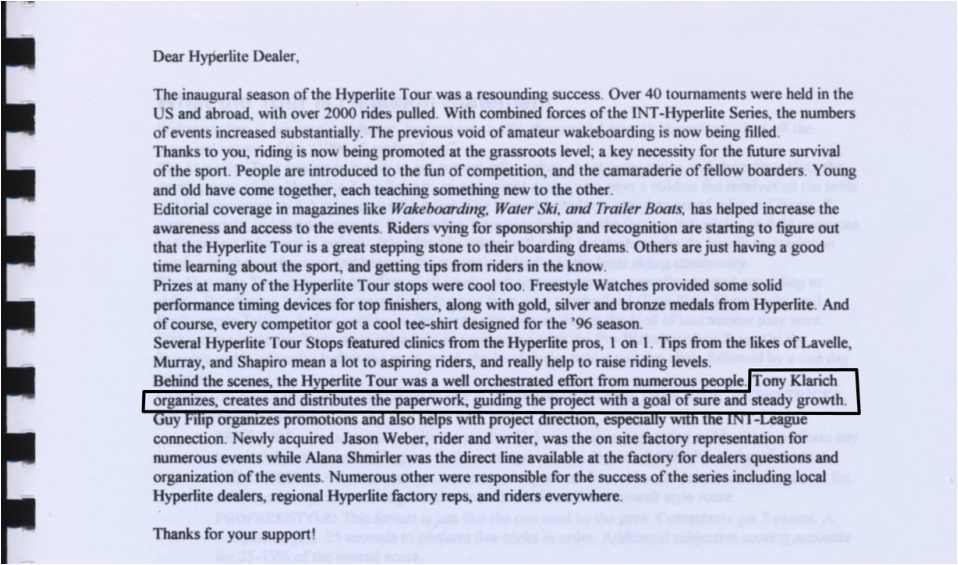 4.     Writer of dozens of instructional & feature wakeboarding articles in magazines around the world. 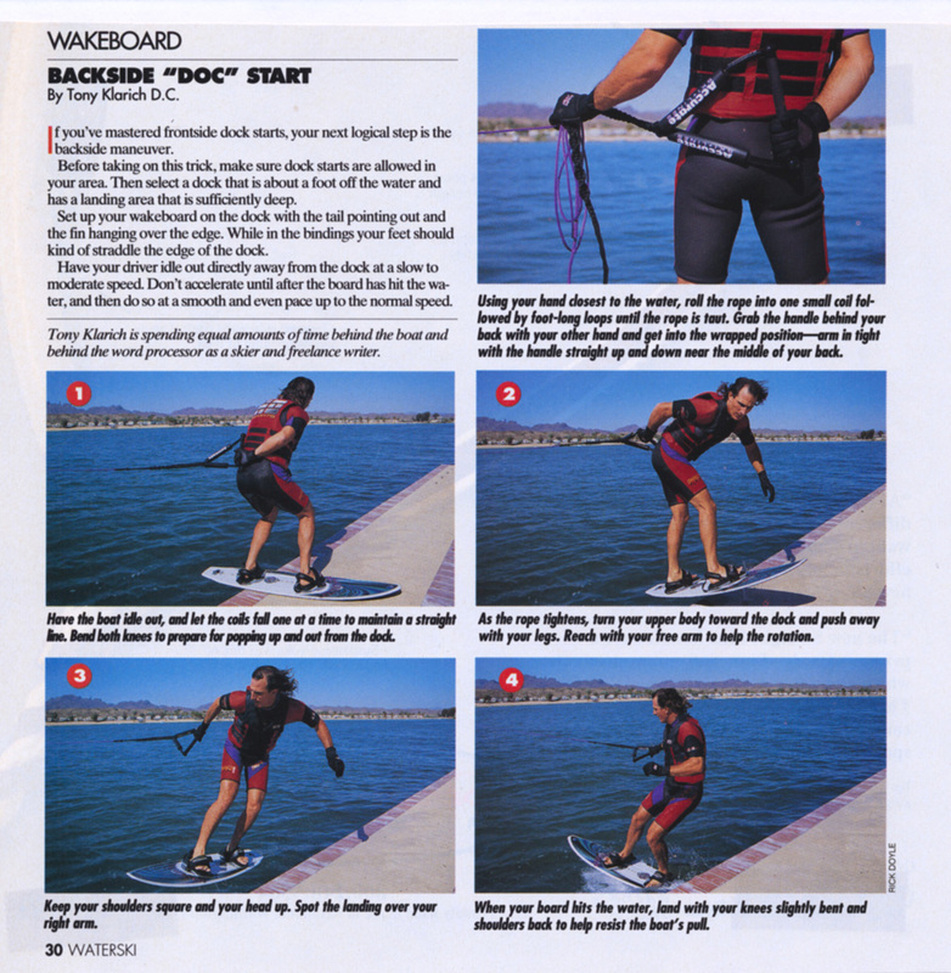 6.     Creator of the “History of Wakeboarding Timeline”: the most complete research document to date.
Sample Entry from 1996: (Klarich attended the groundbreaking event and wrote articles about it in magazines around the world.)
1996: The First Boardstock (brainchild of Rob Stimmel with Jim Emmons) takes place on Lake Shasta in Northern California.

8.     Ongoing participation: 45+ years in all watersports including board-based rides.
Willing to try any ride, Klarich has always broken new ground as an athlete and promoter

In 2004 Klarich rode 40+ different things in 1 day on his 40th birthday, including a wakeboard, foil board, snowboard, and wakesurfer.